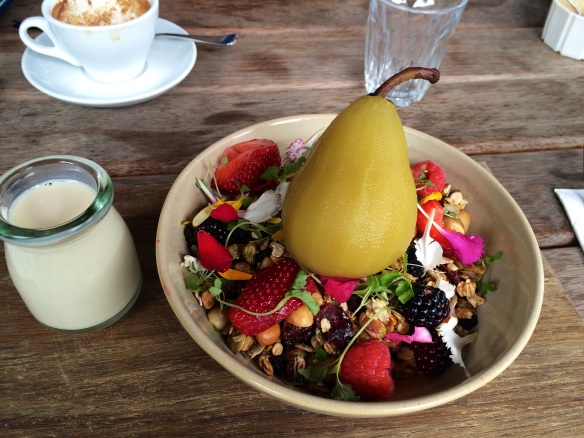 Its been way to long since our last chat so best we dive straight in shall we!?

Some truly excellent friends of mine gathered to share stories of hilarity and deliciousness on this fine day whilst basking in love, sun and vibes at Top Paddock, Richmond. (I’m sure by this stage you have already had a cheeky visit, and agree it’s a pretty spesh place.)

Over the past couple of years, I have developed a rather obsessive need to order soft shell crab on pretty much every possible occasion. And just when i thought I was safe within the trusting arms of the breakfast category, not only was I confronted face-to-face with the crab itself, but it came armed with some brioche… I mean what’s a girl to do? 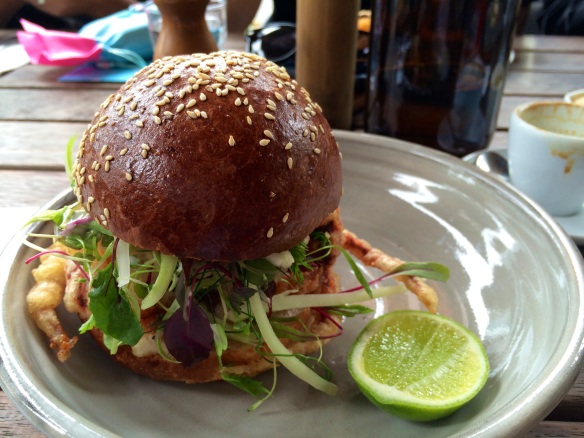 I am partial to a bit of food envy, and this was no exception. 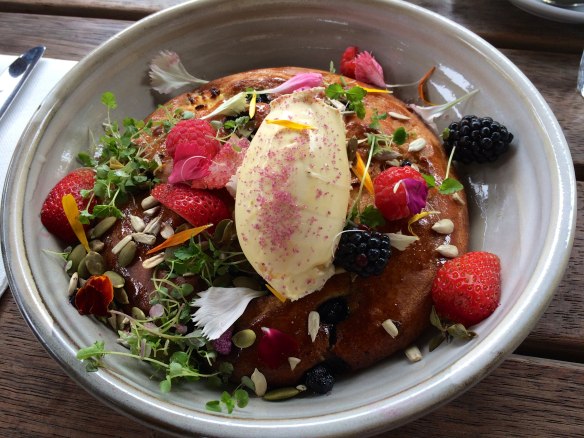 If you have had the pleasure of meeting Jamon, you will understand my absolute “weak at the knees” situation right here. 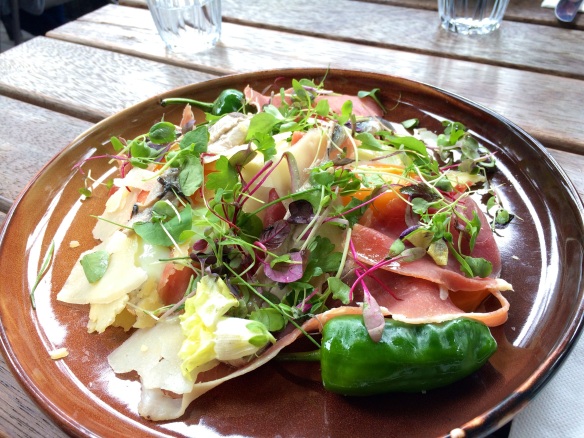 How you going there? Its way past dinner time here in Melbourne and let me tell you, I AM DROOLING!!!! Do yourself a favour and head on down with your loved ones to share some good times, food and togetherness.

Wishing you a truly spectacular week, and may every mouthful be as delicious as the next. 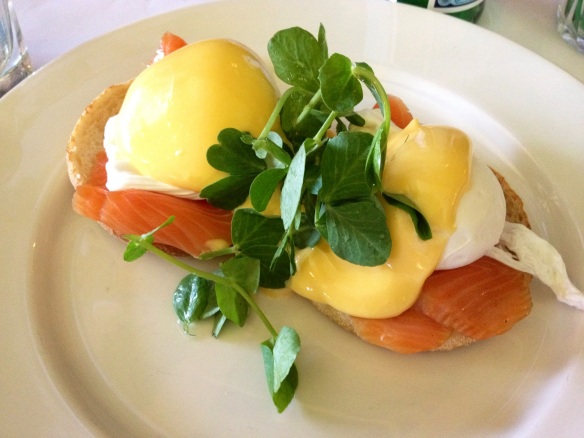 It was a Sunday morning, and the morning was fresh and dewy from the pitter patter of light rain and brand new day. We were off to meet friends who were getting ready for a very big adventure for their little family. We ordered, and I was greeted with the above… Is it not just the most delightful, mouth-watering and beautiful combination of colours and ingredients you have ever set your “Sunday blues” filled eyes??

There is something about a perfectly poached egg, all bouncy, and ready to ooze its perfect “poached-poke-ooze”… You’ve heard me rant on about it before, but seriously… seeing that hot yoke slowly slide down the little poached egg white mountains as it meets the muffins and salmon – it is just divine!!

Have a peruse through the menu for something delicious that may come your way when you’re in St Kilda next. 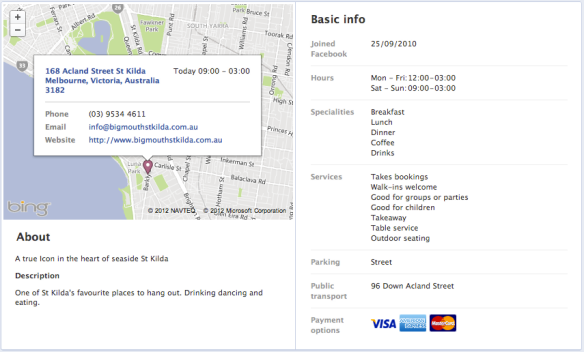 Some people do yoga, exercise or anything to relax and remind yourself of how beautiful the world can be. I breakfast! and I breakfast often. Whether you’re a local or travelling through, be sure to try any of Melbourne’s finest breakfast offerings. It will bring a smile to your face and a warmth through your bellies.

If you’re here to read a review of the Ang Lee film bearing the same name, STOP… wrong way, turn back!

Meanwhile, if you’re here for some breakfast action, let me assure you, you’re in the right place. Stay for a while, let me entertain you. 🙂 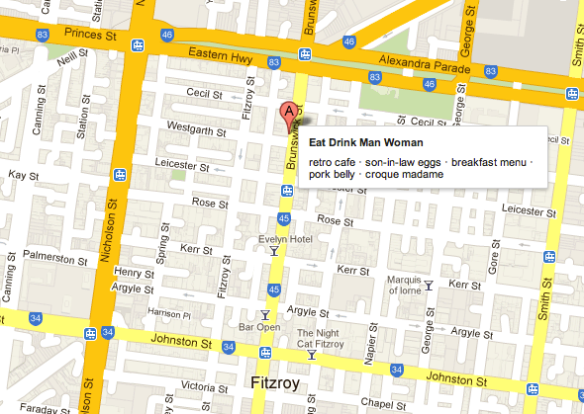 The lot of us met up from all corners of the globe… (ok Melbourne) and we settled on Eat drink man woman for some breakfasting and playing the old catch up.

Now, I’m from south of the river, and breakfast is really for me the most important meal of the day – especially on a Sunday where I’m most likely to eat only that until dinner. And if I’m going to travel for more than 30 minutes on an empty stomach, the destination better present something better than a sausage roll… so to speak. (You know, long way and all… geddit? *side eyes*?) Unless that sausage roll is from the Halls Gap bakery, then you’re cooking with gas!

I’m not going to lie, it was pretty tasty… but something just wasn’t right. Maybe I hadn’t been to Brunswick street in a long time, and I’m just out of the loop…

Broadsheet informs us this is supposed to be affordable and blah blah, but I beg to differ. It wasn’t all that exciting and the prices weren’t all that affordable. Granted they were average for Melbourne, but I guess I just didn’t feel like it was great bang for buck. Apologies, to be honest, I can’t even pin point what it was – it was just average. (But, by all means it wasn’t awful)

J ordered scrambled eggs (of course, but once again of course they weren’t as good as “the Rad”. And I have finally had a taste of his eggs, and they are silky and smooth and creammmmmy!!!) The bacon wasn’t to the “thin and crispy” level J is used to, and a fair bit of it was left on the plate to protest! (lol) 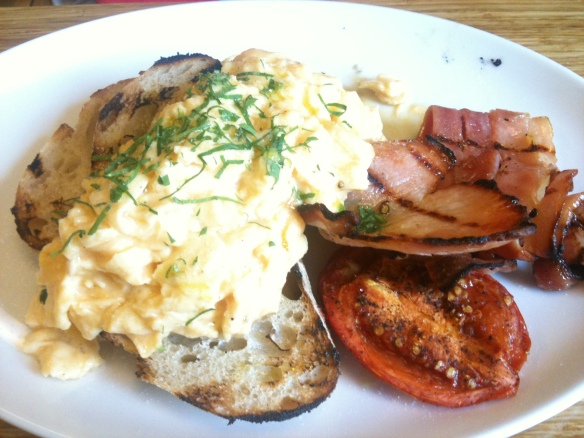 I had the smoked salmon (surprise, surprise) which was topped off with toasted corn kernels – that was fun, but overall the dish wasn’t really AMAZING. Tasty for sure, but just lacking some jazz. 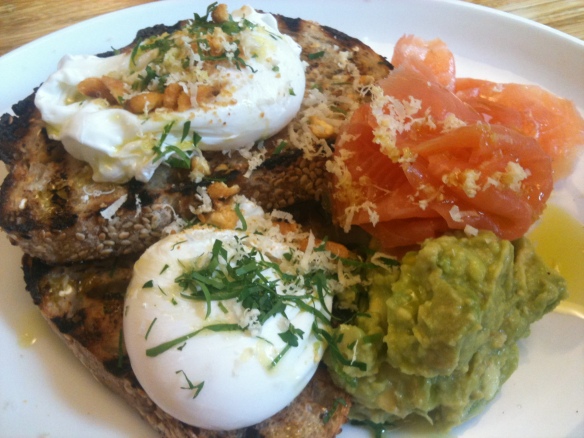 Poach-poke-ooze factor was there – that was delicious!

I have to admit, after watching Heston’s cooking show last night on SBS (click here for info on his show) I will now be watching these little eggs much closely – it’s so easy to get right, so when its wrong… it’s just plain sad. 😦 (see, the sad face right there!) 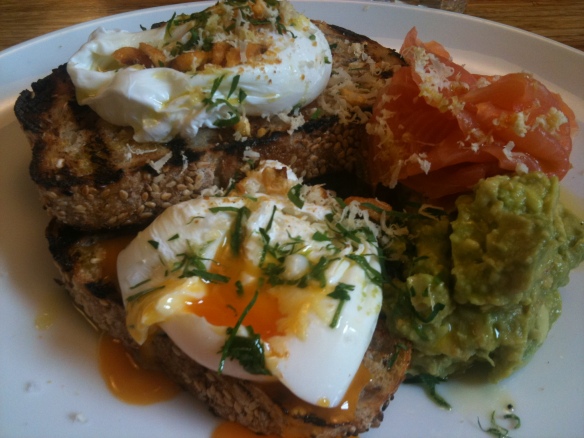 Mr “Tall glass of water” had something quite exciting – it was black sausage in a one pot Spanishy number – that was pretty delicious (but again, really hard to get wrong) 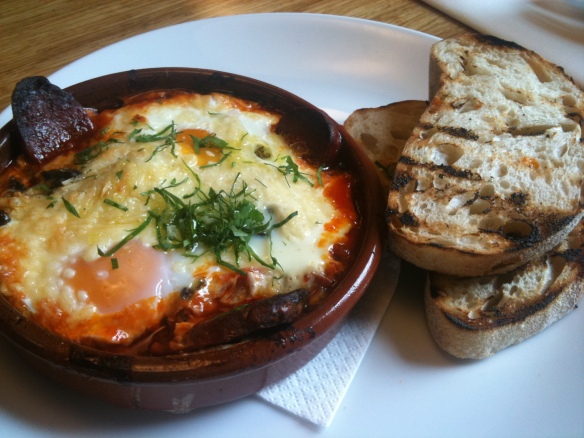 Unbeknownst to us, we had a little poet on our hands. The gorgeous  Miss Tominey wrote the below whilst we were picking apart our breakfasts!

Please see below, and apologies for the dark photo… it says: 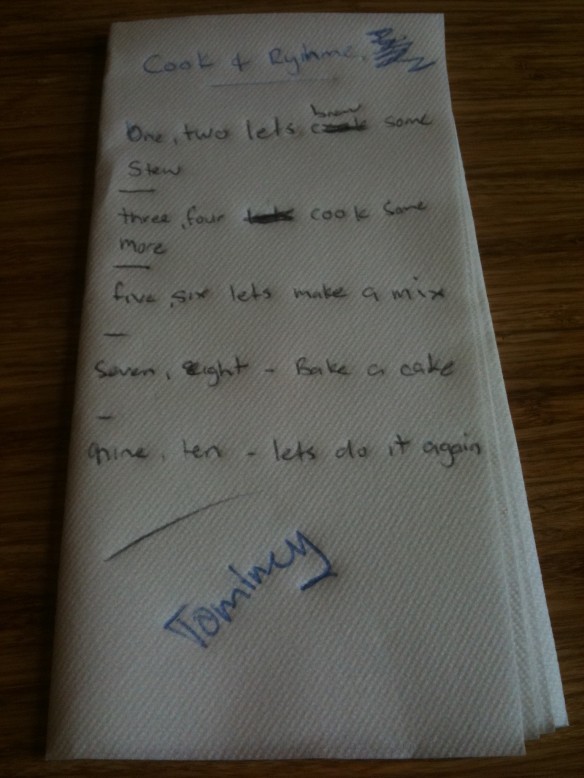 And that! was all worth it!

While the “adults” (debatable) dined,
little miss Tominey rhymed…
(lol!! I’m totes a poet and didn’t even know it)

Hope you’re relaxing and doing not much this Good Friday (or better known as a public holiday to some) and catch you real soon!

Approximately 2 years ago, I started blogging my food/travel/food+travel adventures, and I’ve rebloged one of the first entries from what feels like a lifetime ago.

I love breakfast (and food) a little too much, and I wonder where this near obsession will lead me to….?! So far, I have had the pleasure and honour of being a lucky little Melbournian Vegemite, so most of my adventures have been here.

However, over the years, I have been very fortunate to taste some very interesting dishes from some parts of the world. My adventures have only begun, travel is and will be a part of my life…for life.

So…. please join me walk through some delicious and “tasteful” memories of the past coupla years.

lots of love!! and tastefully yours,
Joanna

For months I was calling this place New York Apple-for obvious reasons…It wasn’t until I went back for an encore I realised I’d been telling everyone about a mystery location! Oops!

So, a good travel buddy of mine suggested this amazing place nestled in the little streets of Richmond that was the perfect hang over cure! (good food, cosy, and you can wear your dark glasses and still look a little bit ‘last night’ and it’s totally ok!)

Boy was I in for a treat, this place is a cosy little hide out to discuss last night, to have a date, to be alone, to meet like-minded locals and just to enjoy your Sunday late morning nourishing your mind and feeding your soul.

The selection is wide and the choices are many… Sweet or savoury, fresh…

Yup, i could go a cheese platter for breakfast.
That, coupled with a stimulating french pear cider… could possibly be in heaven.

*click on the link to have a read through a pretty gorgeous blog! What’s better than cheese and crackers? A good excuse to eat them. And that, my friends, is exactly what this super cute slate cheeseboard will give you– All for under $5. 1 | Scrub (thoroughly) and rinse your slate piece, and pat dry.

2 | Coat all surfaces of the slate with olive oil, then scrub and rinse slate again. This will condition the surface and help create a barrier between the slate & food. Once you’ve scrubbed and rinsed the second time, apply one last coat of olive oil and dab away the excess. *

3 | Apply adhesive felt circles to each of the four corners. 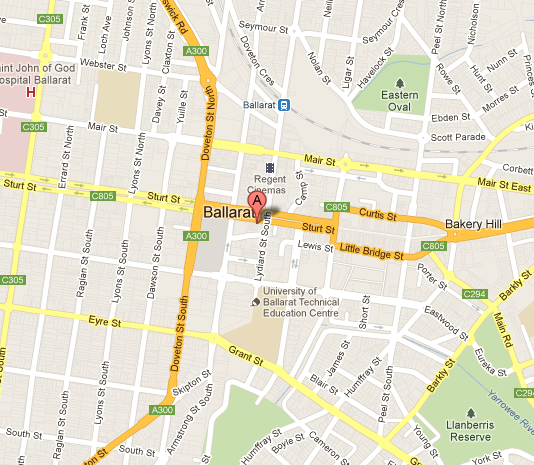 That below is an sneaky shot of the menu front cover…. it is also pretty much what I look like in the face of great food lending to the embarrassing “Homer Simpson drool” moments I often experience. The longer the wait, the longer the drool, and the harder the food needs to work to satisfy… if you get my drift?

Basically, we waited for quite a L-O-OOOOOONG time for the food to arrive, and as I was a hungry little hippo, I thought I was going to eat my ARM before the breaky beauties arrived. Luckily for lil Mr Bibo, his breakfast arrived, and it delivered! *Homer Simpson drool* (due to foodporn in the shape of fried, cheesy, melty yummies) 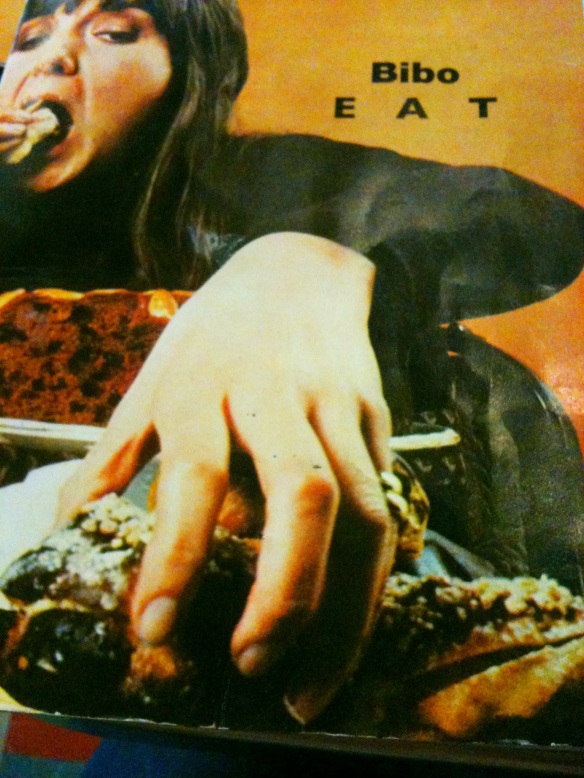 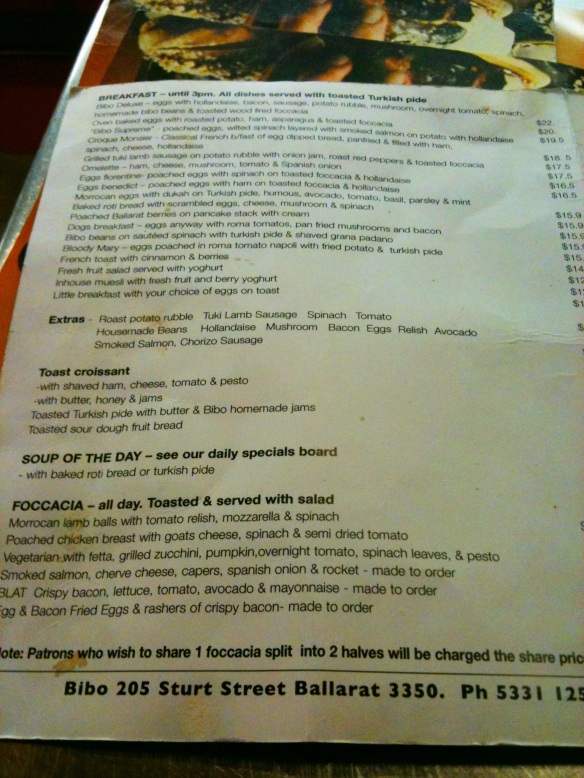 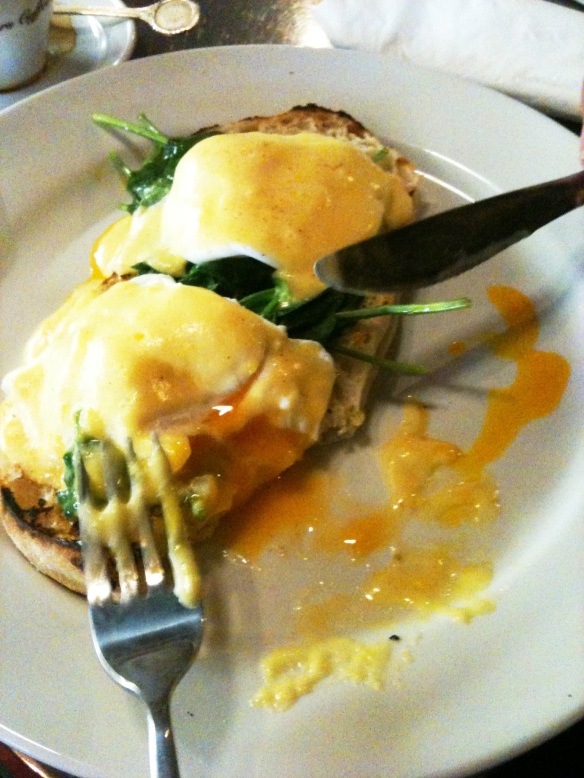 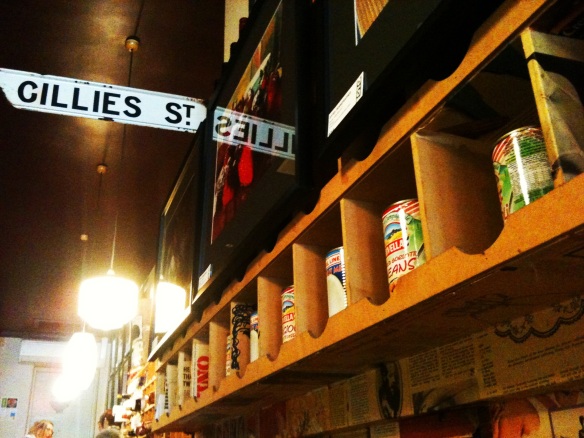 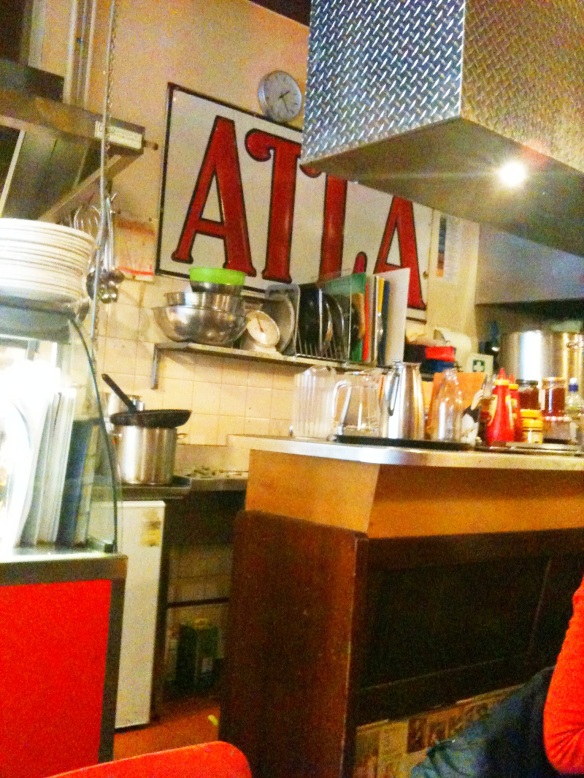 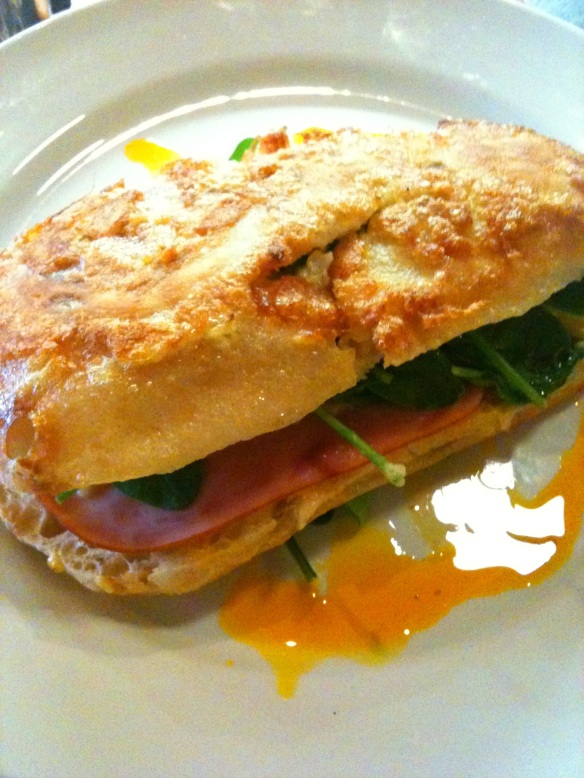 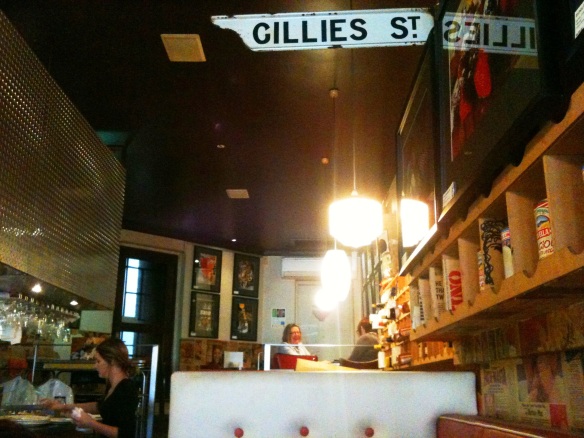 The food was pretty tasty, but the service lacked immensely. Which leads me to a question I often ask : Would you prefer good food/Bad service, or vice versa?

At the end of the day, its how the food tastes and looks etc… however the service and overall vibe of the venue plays part too. But we’ve all been to an eatery where the service is a real treat for the senses, and that all adds to the perfect breakfast experience.

ps. the place could do with a bit of a scrub and re-arranging, there seemed to be some very excellent booth areas that Mr and Mrs Cardboard box and his kids were occupying.

Next time you’re in “the rat”, be sure to at least pop by for a real treat. Just make sure you bring your patient hat, and hopefully it will be worth the wait! 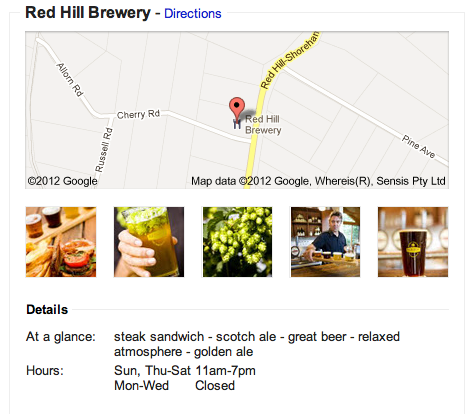 We all love a bit of fresh and new, and already this new year is gearing up to be filled with adventures and explorations of the culinary and epicurean kind.

As we get ready for a brand to fresh start, I will be playing catch up with a few of my favourite (edible) things from 2011… So bear with me as we run through some of the finest that never made it onto the pages of 2011….

Somewhere, well into the thrust of 2011, The Lovliness and I ventured out into the wilderness (Mornington Peninsula…hardly the wild) for the start of many road-trips to come.

* If you’re one little indecisive bunny like me, then its best to opt for a beer paddle (to sample a selection) and a share platter (ploughman’s platter as below). 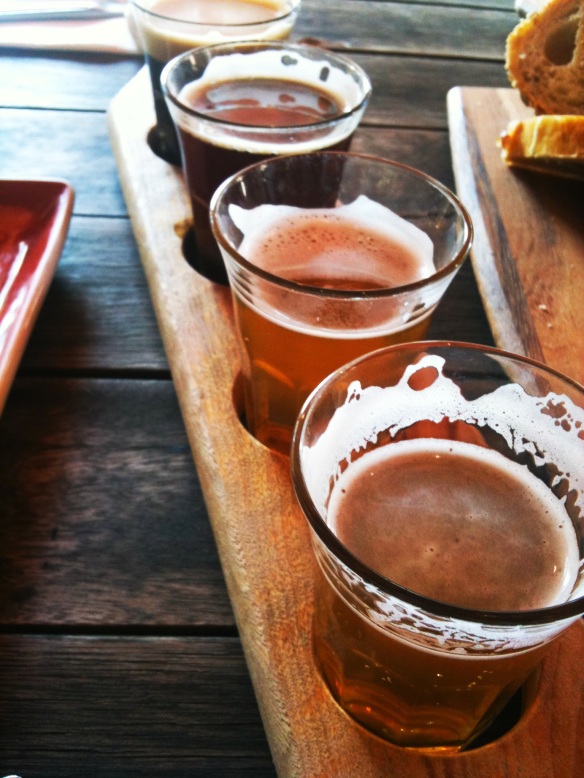 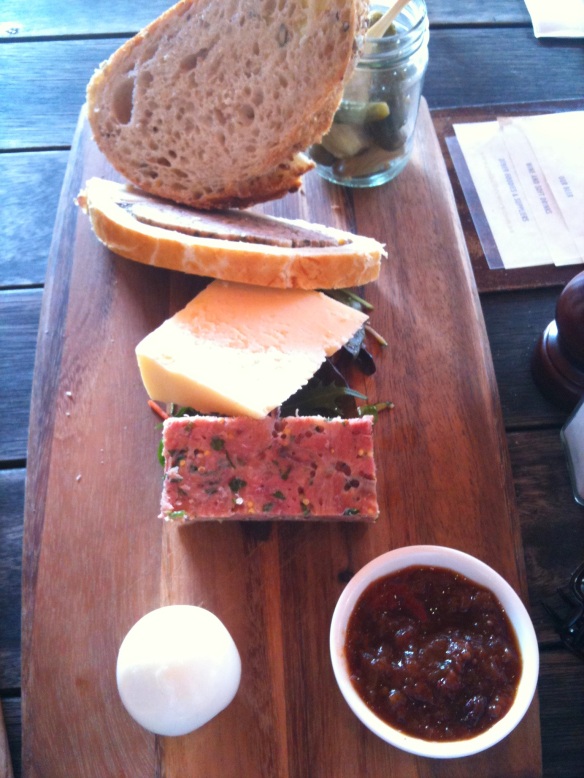 T’was a truly wonderful day, and was just the very start of some serious road tripping.

Hope y’all had a wonderful start to 2012, and may this year be prosperous, joyous and filled with many lasting memories.