I turned another year older last month, but may in Trier was so cold and unfriendly I wanted to be a June baby (only in the northern hemisphere) and so I moved my bday a month later just to mix things up a bit. 🙂 It’s just the way I roll. 😉

I spend way too much of my time (awake and alseep) thinking about food and all it’s glory, but often I think about what these so called ‘non-food’ items would taste like.

From time to time, I flirt with the idea-resulting quite unsuccessfully…

But seriously, another universe away trees might be edible- like chocolate stumps with peppermint icing….and/or fluffly cloud flavoured fairy floss…. Gnom gnom gnom…. 🙂

Wow… What a wonderfully diabetic world that would be. I wonder if mr w.wonka came from a world just like that?

Sooo, in the spirit if all things edible and bday related, Paul picked out all the colours of the rainbow from a little macaroon place in Luxembourg for a tastebud tickling sensation…..party in my mouth!!

I truly believe if rainbows were edible, they would taste just like these….. simultaneously soft & lightly crunchy exterier, creammmmmmy and decadent filled centre and a colourful treat for your visual senses.

(Red and yellow and pink and greeen, purple and orange and bluuuuuuue….) 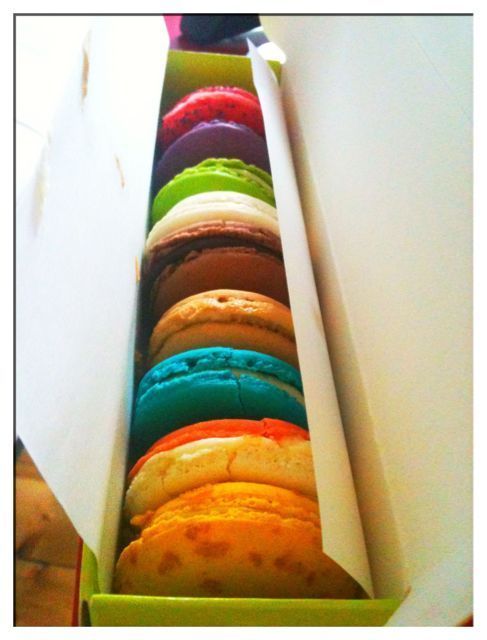 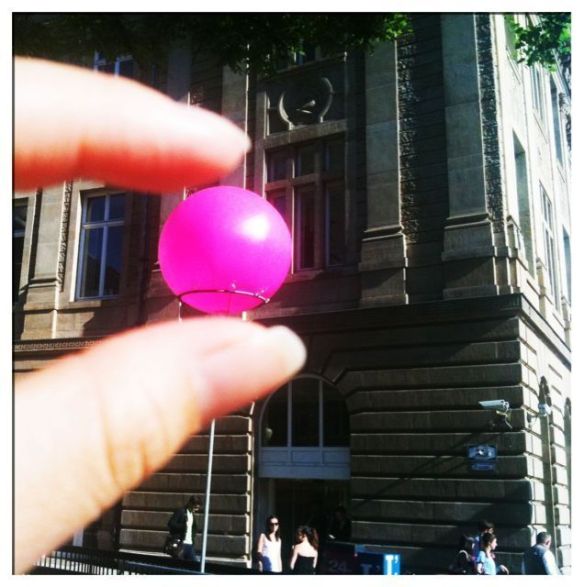 Once upon a another hemisphere ago….

Twas the day before autumn, and all through the hood,

my tum tum was stirring,

all because it was all out of food…

I made my special meatball recipe that day as I listened to Sia and wrapped the bouncy meat treats into puff pastry for the oveny warm goodness to wrap its puffy arms around.

Is the capital of kitchen ‘YUM’??

I wrote an imaginary letter to my non-imaginary friend the other day…it involved a totally real toasted sandwich made from the toased, buttery heavens above!!! (yes, I did just watch the ‘The Imaginarium of Dr Parnasses’…. and yes, I am now MORE all-sorts-of confused…but that’s a story for another day kids!)

Dear Schpacey, (thats my friend stacey, but she likes to be called schpacey arrrrr sinepy…)

I was in Trier when I had this dream, so obviously it was more like a fantasy…

a) there is no capital kitchen in Trier

b) there is no ‘secret ingredient is lemon’ toasted fatty goodies

and sadly c) there was no you…

but still!!! – whilst I was having the dream, it was super! I wish skype allowed for tasting… like a tastaphone, or maybe it should be called a fatty-phone…. b/c thats pretty much what happens when you eat them right?

So you see, not only can I not speak and German in Germanland… I now dream about toasted, buttery (non)imaginary sandwiches from a place called ‘Yum’…..worst day of my liiife (jokes!! jokes!!) 🙂